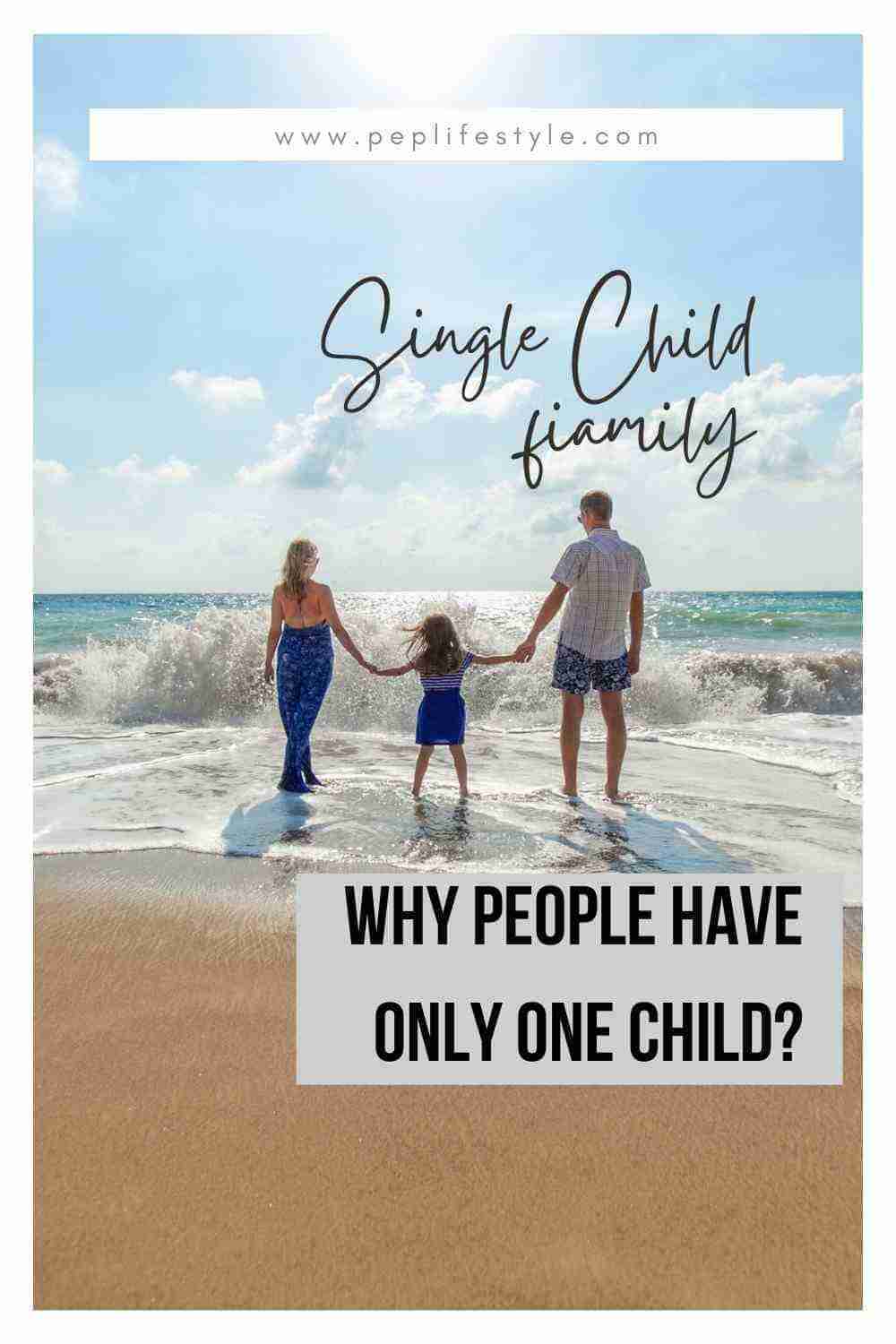 Why people have only one child ?

Families may have an only child for many reasons, which include:

The premature death of one parent also contributed to a small percentage of marriages having only one child until the mid-twentieth century, not to mention the then-rare occurrence of Gay marriages.

Families in general are extremely diverse, and there are few reasons why parents would choose to have only one child.

Because the question presumes that there is a choice, we obviously cannot consider circumstances such as the inability to conceive another child.

However, there are numerous reasons why parents choose to have only one child.

Here are a few of the most important reasons that come to mind for me:

Although two+-child families appear to be normal, the truth is that many parents decide to have just one child.

You can put all your energy into one child, prioritise career growth and voyage, and less stress on finance with one child.

On the contrary, you may want more kids, but you can’t afford them or you can’t have them due to health problems.

Or maybe it felt like the right option “one and done” always.

Regardless of the situation, it is a personal journey not to be defended with well-intentioned relatives or complete strangers who ask questions about your next baby.

Here are five reasons to be a one-child family, straight from snippets after talking to parents who are Just one-child parents.

You’re not sure about having another kid — yet or ever.

What if we have a second miracle baby, and that raising the new baby isn’t as easy and does that sound selfish and heartless? Would we regret the second one?”

The Mix of All these uncertain questions eventually leads you to decide that one child was the best choice for your family.

One of the most absurd reasons people don’t have more kids because they just don’t want more kids. period.

For Instance, My partner and I decided to have just one kid.

Even though we are still in the kid bearing age group and can afford to have 2+ kids ( Financially and Emotionally), We just decide to have just one child.

It’s just our personal preference and mainly dint want the kid now at the state where we are growing our business and career.

If I’m being truly honest, my biggest reason is this: I don’t want to,”.

“I never say that when people ask because I don’t want to sound selfish; instead, I just brush it off with something like, “Our daughter is just so perfect, we couldn’t do any better if we tried!”

But really, I don’t want to. I want to enjoy my time with my daughter without having to split it with another child.

I want to save for her college and take her on vacations.

People occasionally tell me that I’ll change my mind, but the more time I spend with my husband and our smart, curious, sweet  girl, the more it feels like just the three of us is exactly what this family unit was meant to be.”

Related: Is it selfish to have just one child

It’s entirely possible, of course, to thrive as a working mother and lean into your industry no matter how many children you have.

But there’s no doubt that children in the plural sense make that path more complicated, and having one kid frees you up in certain ways you may not otherwise experience.

Many couples would have worked hard to build their business or career.

And they might not have large extended families to take off their Second child.

Adding another child into such a couple that have an already chaotic schedule just seems less than ideal.

It may not be what you imagined to be, but with a ton of soul searching, they would  decide that this is their little family and it feels just right.”

Families come in all shapes and sizes, and it’s easy to forget that single parents may not be able to have more children for a variety of reasons.

For example, if a lady spent her twenties saving for graduate school and working for Fortune 500 companies.

She realised she wanted a family in her 30s, despite being divorced and without a partner to raise a child with, so she took advantage of her fertility and committed to the choice of being a single mum.

In this scenario, there is no way the lady wants another child and a happy tone with her one child happy bundle.

You went through infertility treatment or suffered a miscarriage.

Many, many women are in the same boat, which makes the prospect of having more than one baby all the more painful because of the difficulty they’ve already encountered.

When a couple goes through miscarriages and unsuccessful IUIs, and finally have a child It’s impossible for such a couple to think of having any more kids.

The trauma of miscarriage and the unpredictability of schedules really helped shape your decision to have only one child.

Only children, predictably, report having a better relationship with their parents.

This is true in both childhood and adulthood.

They even get along better with their parents than firstborns.

As infants, these children receive personalised attention from their parents.

However, this does not always imply that as an adult, you will spend more time with your parents.

Parents of the only child are much happier than parents with more than one child or no child at all.

About the Author: Manny Acharya

Manny Acharya is a blogger, influencer, and co-founder of PepLifestyle and Artmellows. Manny loves being a lifestyle & Digital Art blogger.

Know more about the Author