You are here: Home / Travel / Paris is Always a Good Idea: 10 Reasons to Visit Paris 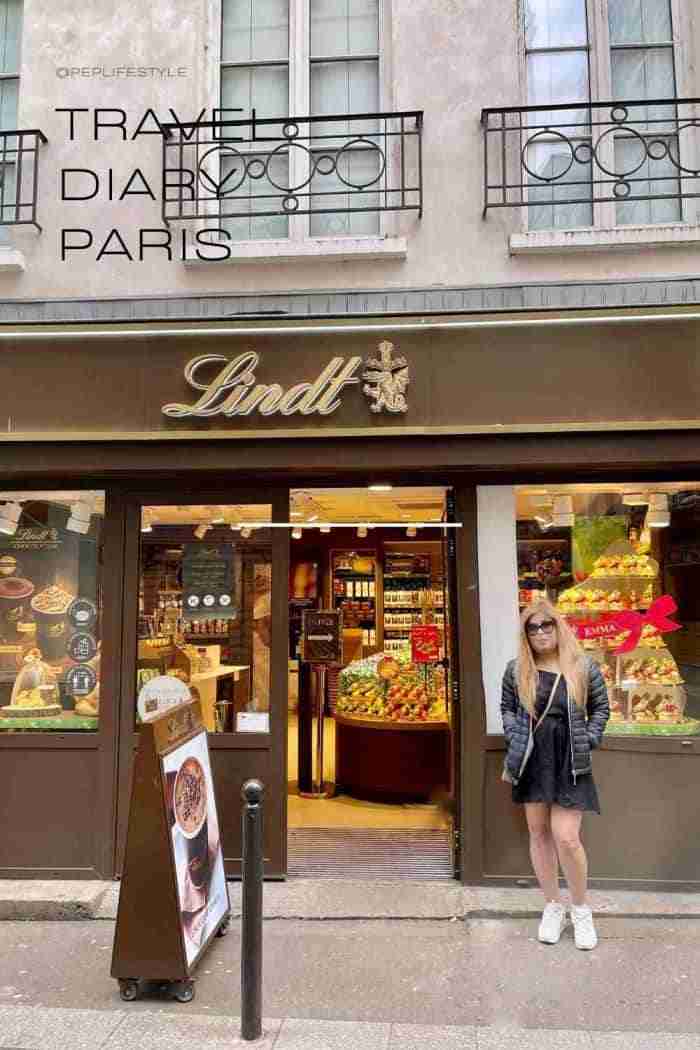 Paris is Always a Good Idea: 10 Reasons to Visit Paris 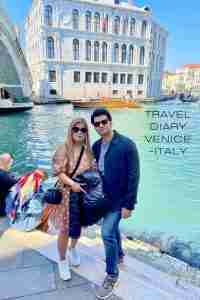 I'm Div, My Partner and I Love Travelling. We are Australian Bloggers.We have Travelled to many countries across the Globe from Dubai to Paris - the USA ,India to the UK and Italy , to Australia. We love sharing our Travelling Experiences good or bad.

Paris is Always a Good Idea:. It’s never a bad idea to visit Paris. Paris, the capital of France, is considered to be both one of the most romantic cities in Europe and one of the most visited cities in the world.

There are innumerable reasons to go to Paris more than once, including the fact that it is an attractive and cultural city, that it is very walkable, that it has wonderful sights, and that it has served as a source of creativity for a vast number of authors, painters, and filmmakers.

Audrey Hepburn once commented that going to Paris was “always a good idea.” But why do individuals have such a strong affection for Paris? Why should you go to Paris?

Locals in Paris believe that they are extremely fortunate to be able to take pleasure in the City of Light for the entirety of each year, taking in all of its various guises, seasons, and events.

They prefer to pretend that they are tourists in their own city and travel about the many neighbourhoods of Paris, from the most touristic to the most popular, looking at everything with the startled eyes of someone who is charmed by it.

There is always a sense of familiarity that permeates the streets of Paris, despite the fact that these streets are never exactly the same or quite another.

Between a picture-postcard scene and the everyday lives of its people, the immortal Paname is in a state of perpetual motion and is always changing while simultaneously preserving the living remains of its past in the stone at its core.

This post will explain why Paris is the ideal destination to visit and why you should travel there if you have ever wondered either of those things.

Following are the top ten reasons, in our opinion, why you should visit Paris, along with some stunning photographs taken by other travel bloggers. We hope you like this list as much as we do!

Paris is one of the most attractive and popular tourist destinations in the world because to its gorgeous architecture, its abundance of art and culture and its delicious food that will leave you feeling euphoric (if not a few pounds heavier!).

No matter what time of year you come, Paris will be sure to enamour and fascinate with its picture-perfect scenery and world-class museums. Whether you visit Paris for a day or a week, you’ll be left wishing to return to explore this magnificent city even further.

Making plans to travel to Paris? Check out these eight things that make Paris the city it is, and discover why it’s one of the most visited cities in the world!

From the Eiffel Tower to the Notre Dame Cathedral, Paris’ major landmarks will not disappoint.

But there are some other unique things about Paris that make it an even more desirable destination, from its rich culture and history to its food and wine.

So, if you’re traveling to Paris soon or have always dreamed of visiting this beautiful city, read on for 10 things that make Paris the city it is.

Read on to learn why Paris is such a fascinating city, why it’s so famous, and what sites and settings are must-sees while visiting the City of Light and Love…

What makes Paris is Attractive to Travellers?

What makes Paris so great? Is it the breathtaking Eiffel Tower? The Arc de Triomphe? Or maybe it’s the art, history, architecture and romantic ambiance that have drawn millions of visitors to this beautiful city over the years?

Maybe it’s all of these things and more! Whether you’re planning your first trip to Paris or hoping to go back again, here are 10 reasons why you should visit Paris at least once in your lifetime.

It’s hard to imagine a city more stunning than Paris. From Notre Dame to Arc de Triomphe, there’s so much to see and discover that even a lifetime of visits wouldn’t be enough.

History buffs can visit countless monuments while foodies will revel in all that France has to offer.

The endless museums, cobblestone streets, cafes and much more make it easy to fall head over heels for this captivating city.

2) The cuisine is exquisite.

From French Fries and Pommes Frites to Croissants, Quiche Lorraine, Steak Tartare, Escargot and Ratatouille. Some of my favorite pastries are macarons from Pierre Hermé.

I’ve also enjoyed many lunch and dinner dates that ended with profiteroles, crepes or one of Pierre Herme’s world famous macaron treats!

3) Get cultured with classical music, museums, and architecture.

Even if you’re not a museum person, it’s impossible to go to Paris and not check out some of its famous museums. From art museums to science museums, there is something for everyone.

And whether you want to get a little lost in an art gallery or catch a classical concert (Sacre-Coeur church is one of my favorite places for free concerts), there are plenty of cultural activities for any type of traveler.

Bonus points if you attend one of their numerous expositions!

4) There are hidden treasures waiting to be discovered.

The Louvre, Musée d’Orsay, and Centre Pompidou—what more could you ask for? Be sure to check out Musée Jacquemart-André while you’re there as well.

And if you have time before or after your visit to Paris, take a day trip to either Giverny (home of Claude Monet) or Versailles.

For a city trip that is truly unforgettable, book yourself a room at Hotel Costes.

Not only will it provide access to great dining and entertainment options but you’ll feel like royalty as you walk through its ornate doors.

.If you’re looking for something to do on a rainy day (or any other time), head over to one of Paris’ legendary cinémathèques.

Classics like Casablanca and The Seventh Seal are screened regularly, but just as often you can catch an indie flick from some of France’s best emerging directors.

No matter what you see, however, you can bet it will be shown in its original language with French subtitles – which only adds to its charm.

Paris is a city of fashion. If you don’t want to buy French, at least rent something chic from Parisian companies like Comptoir des Cotonniers and Sandro for your trip to Paris.

There’s no denying that Parisians are fashionable (and often snobby); dress like one and you’ll fit right in!

As an added bonus, you can have these clothes cleaned by your hotel once you get home! Of course, it doesn’t hurt that many of them look good on just about anyone…

10) Enjoy the freedom of being able to eat out whenever you want without feeling guilty!

Eating out can be one of life’s simple pleasures, but it can also sneak a lot of hidden calories into your diet.

That’s why if you have a favorite food, like fries or cake or something else that makes you happy, and you want to indulge now and then, it’s OK—as long as it’s only once in a while.

The next time you want to treat yourself (even on vacation), consider trying these delicious paris city options that are low-calorie, guilt-free indulgences.

The Ideal Home-Base from Which to Launch Memorable Day trips.

Paris is the Ideal Home-Base from Which to make Memorable Day trips.

Paris is always a good idea. It’s never a bad idea to visit Paris. However, the city alone was not enough; there are a lot of interesting locations to visit in the surrounding area of Paris, such as historical places, natural places, or charming tiny villages in the French countryside.

Near Paris, there are a number of stunning castles that may be visited; the royal Chateau de Versailles or the Chateau de Fontainebleau are two that come highly recommended, whilst the Chateau de Chantilly offers a much more personal experience.

The Mont Saint-Michel, the Gardens of Monet in Giverny, and the Medieval Town of Provins are three of the top destinations for a day excursion while departing from Paris.

Have you been to Paris before? Why do you think Paris is a wonderful destination for tourists to visit? 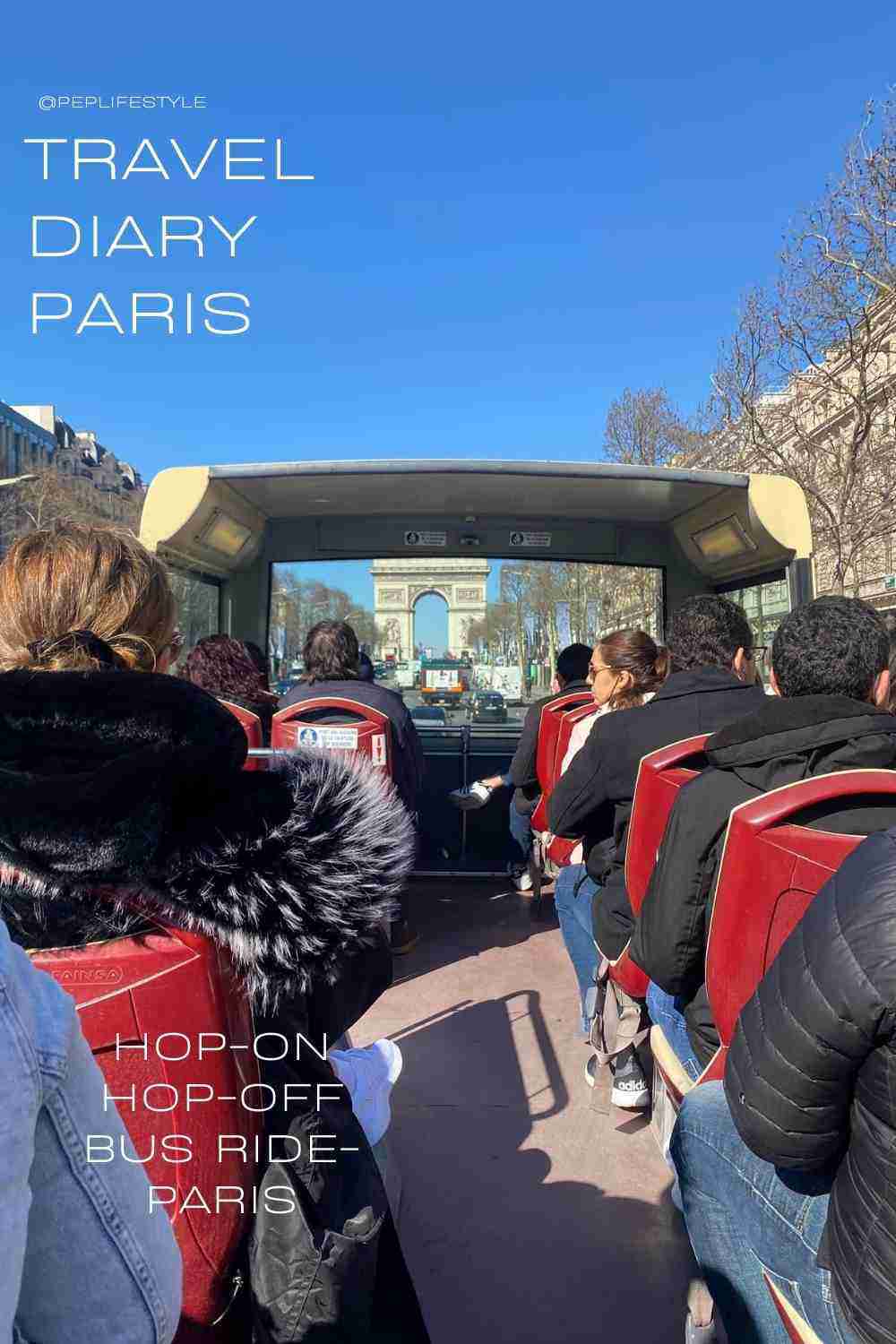 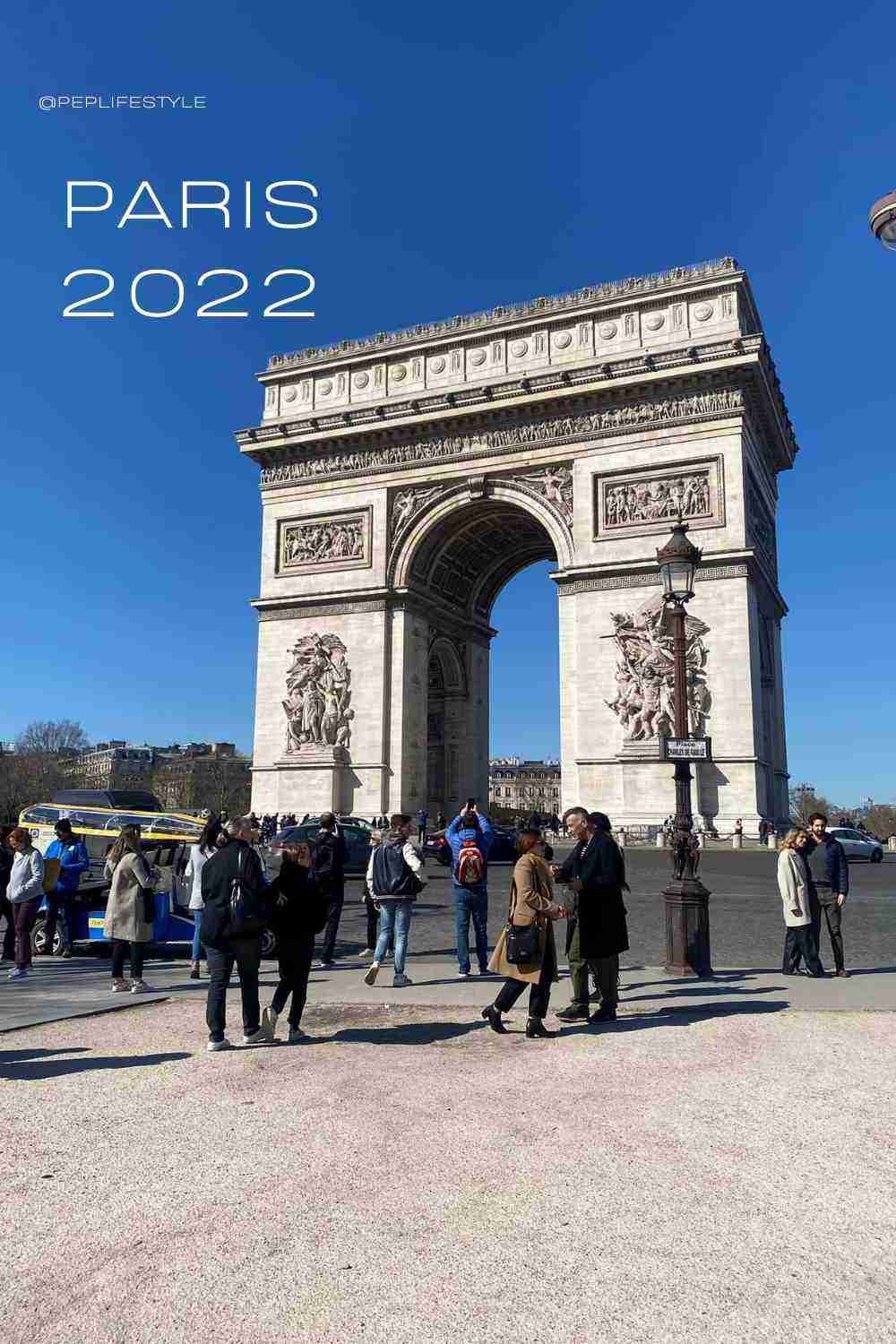 Is Paris Expensive? [10Nifty Tips and Tricks for Visiting Paris in 2022] 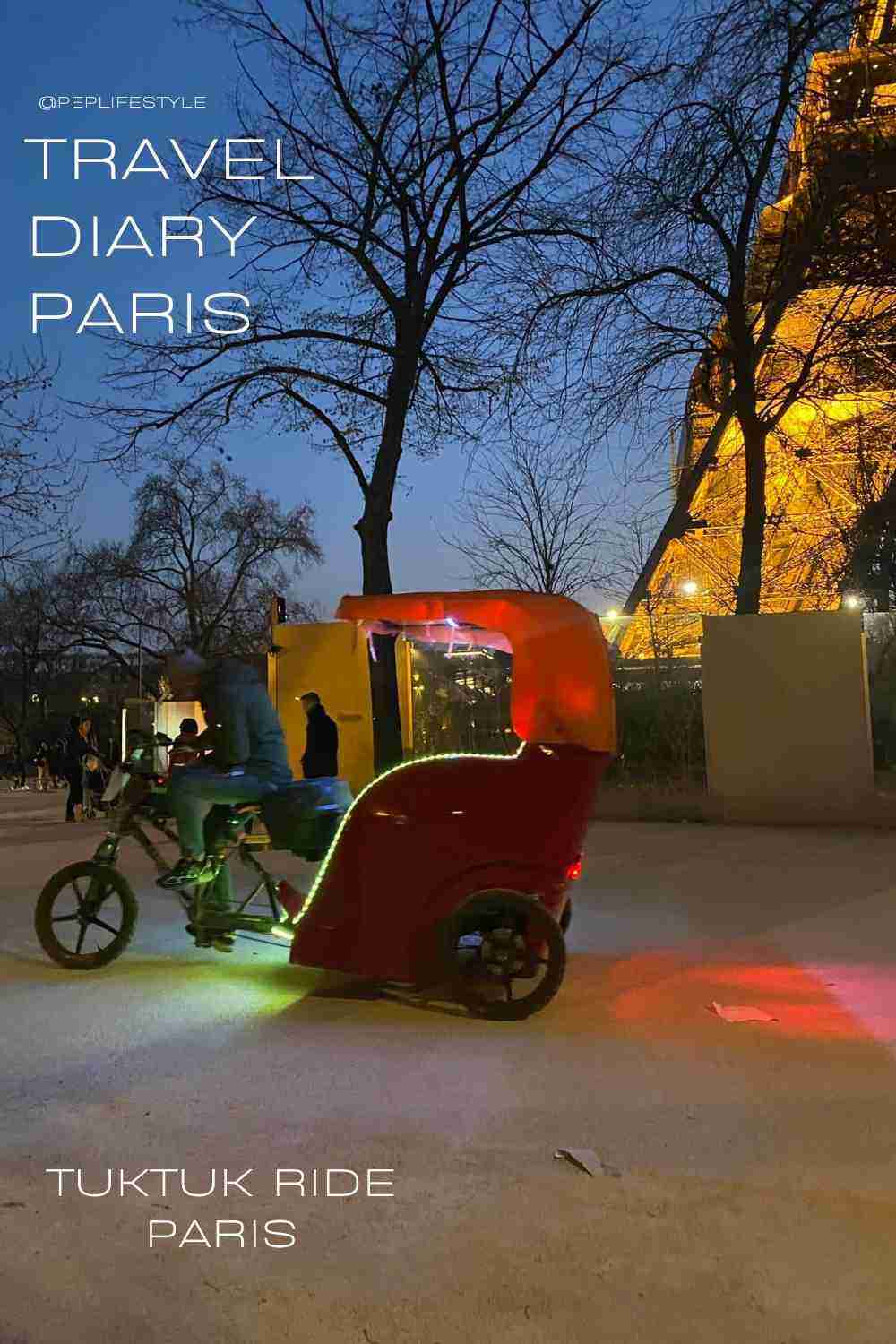 Why is Paris so disappointing 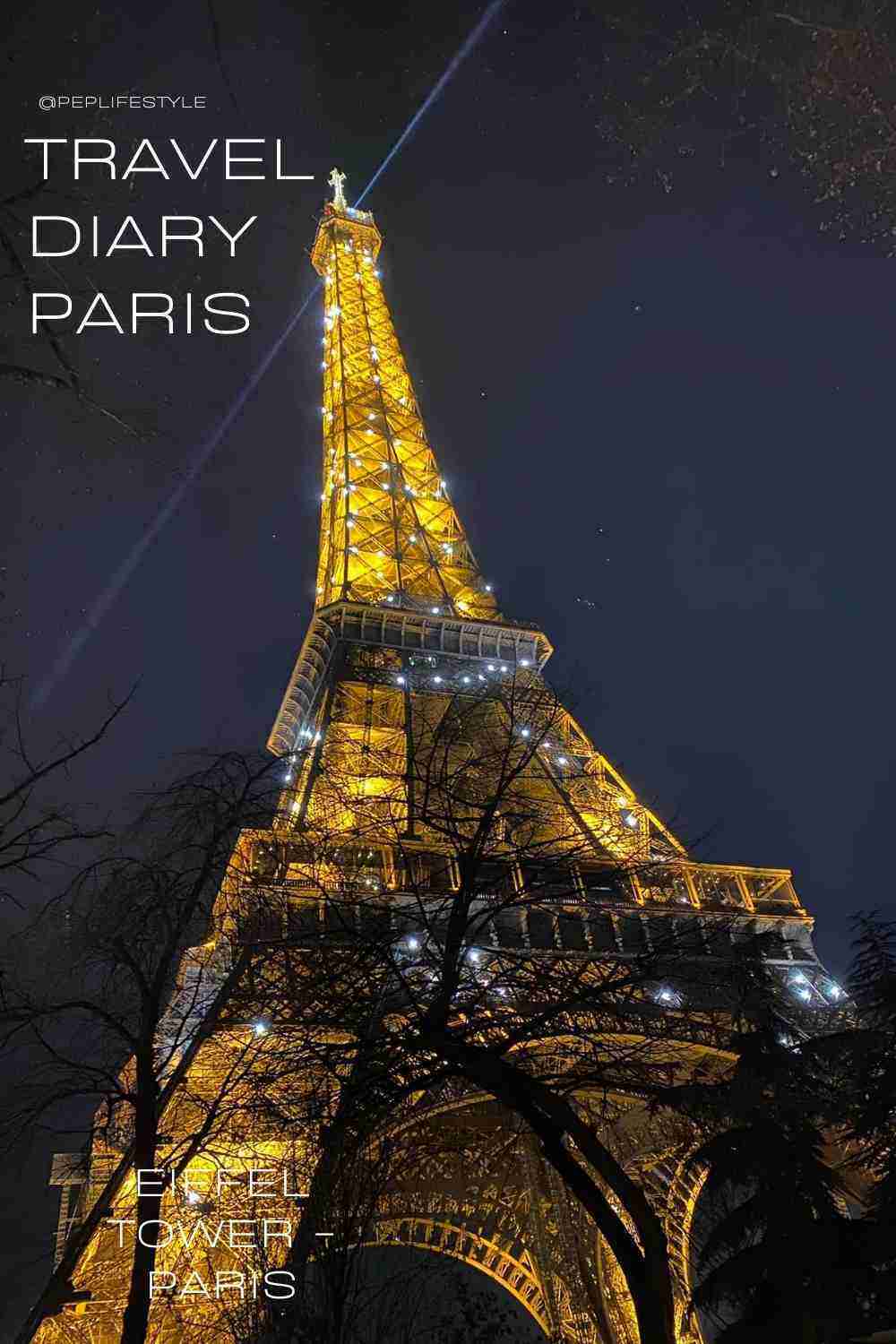 10 Unique things to do in Paris at Night 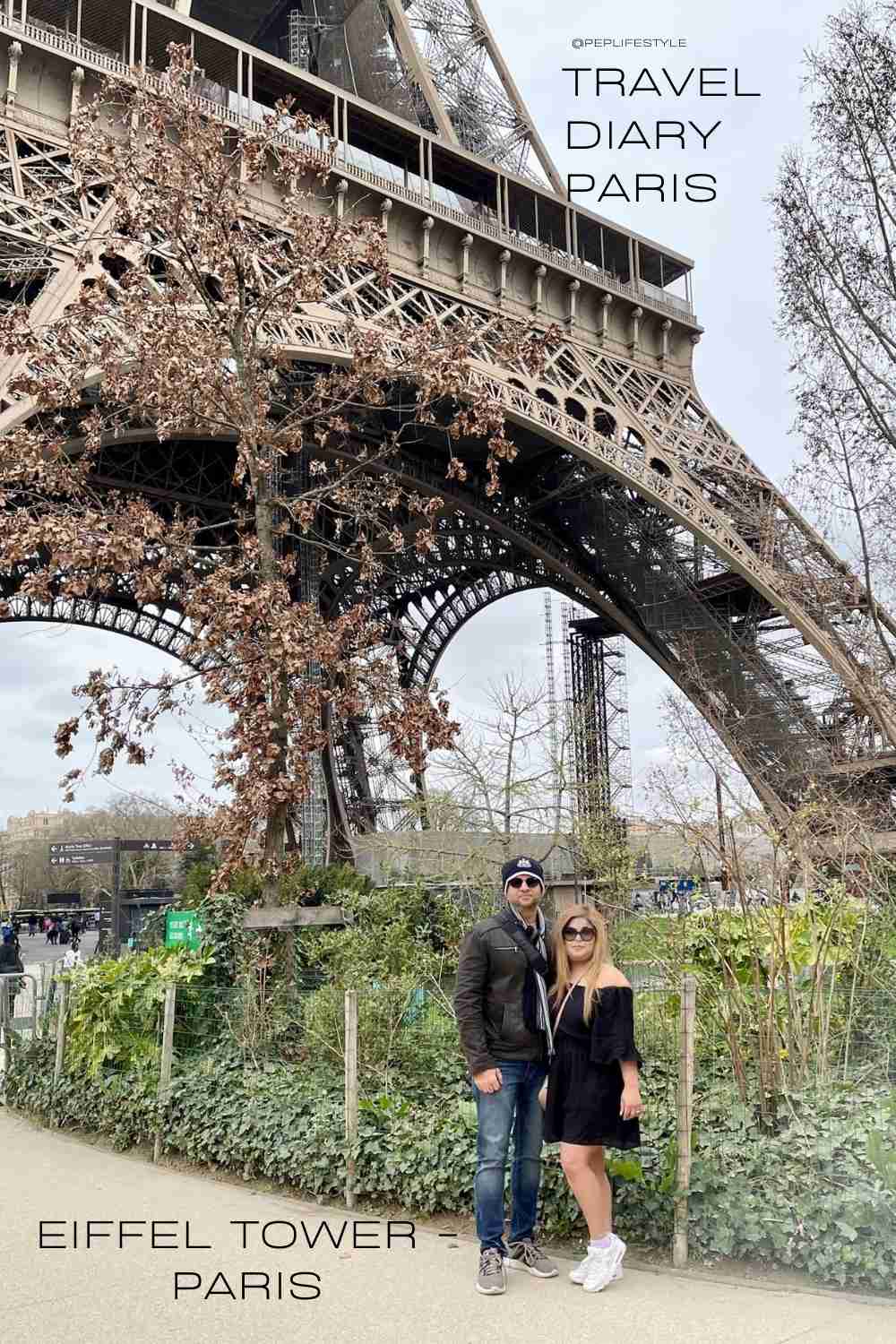 7 Things to know before going to Paris 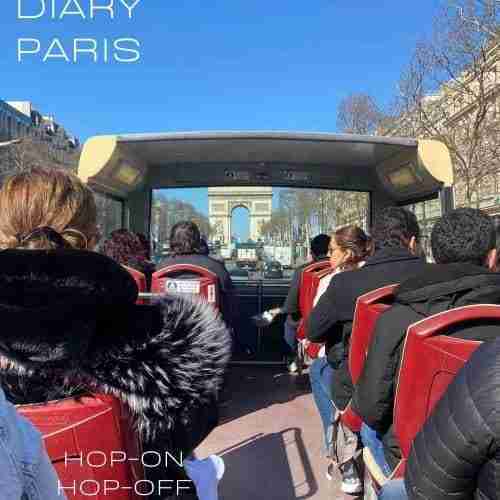 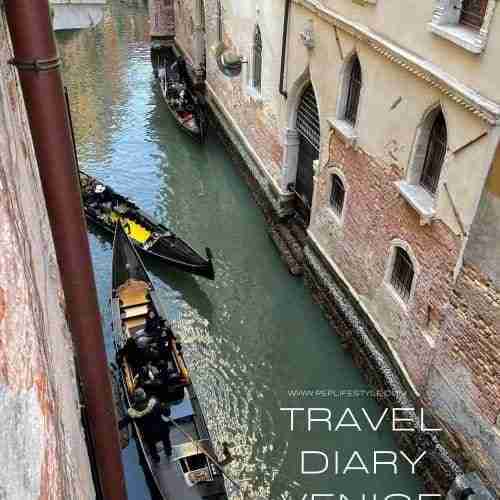 10+ awesome things to see in Venice Italy in one day

Audi Vs Mercedes- Comparison to help you choose