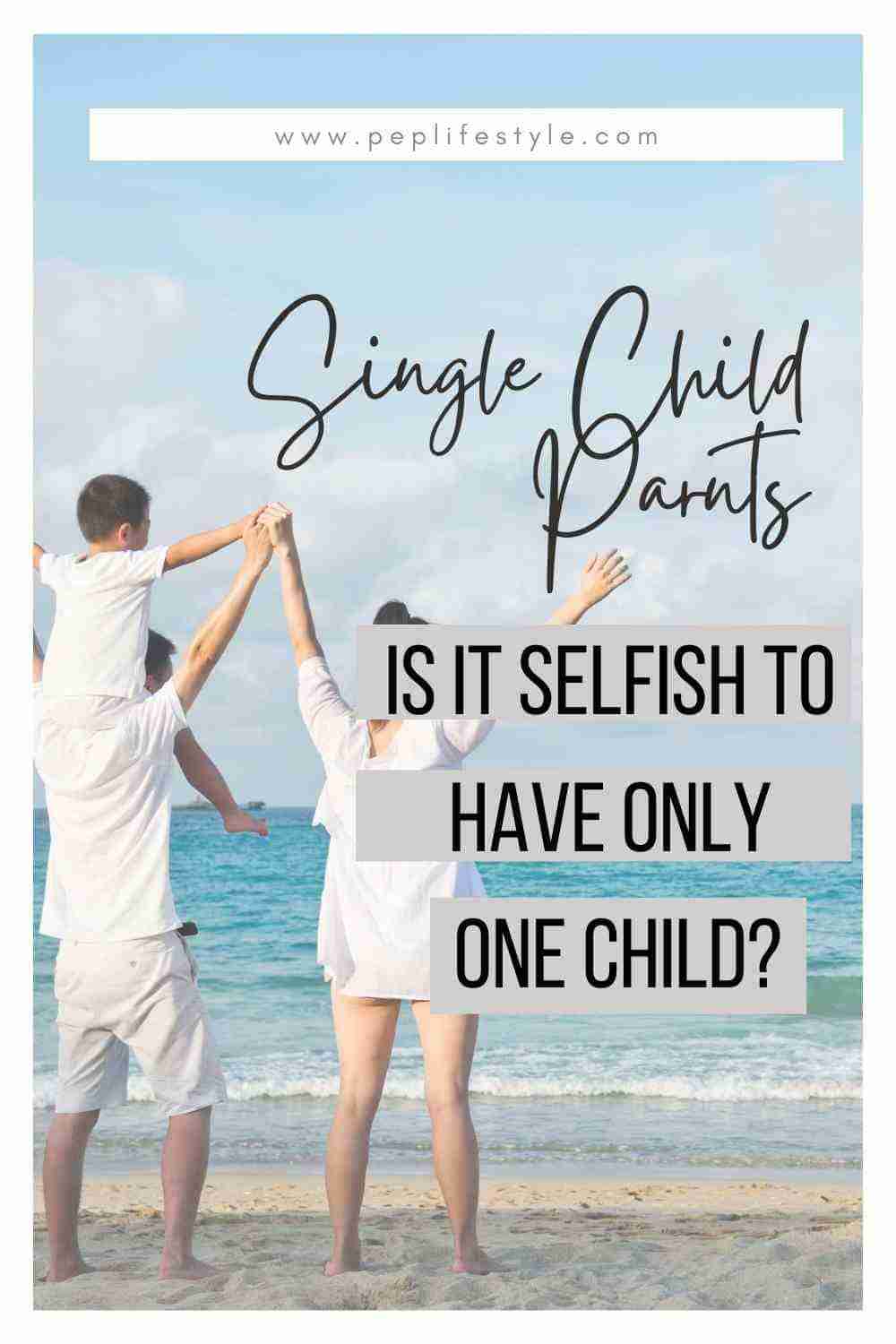 Is having only one child selfish-Separating fact from fiction

No, Not at all. Parents are not selfish if they decide to have only one child. There are many reasons why parents decide on having only one child,  being selfish is not one of them.

At the end of the day it’s about being the best parent you can be to however many children you choose to have, whether that’s one  or  seven.

Why parents choose to have Only one child

Stereotypes and preconceived beliefs abound when it comes to only children. Some of them are false, while others are true.

Why parents choose to have 1 child.

The studies show that: Women with higher levels of education have fewer children. The number of children a woman has is related to her educational degree.

Figure 5 depicts the number of children born to women aged 45-49 years old in 1986 and 2016 by their educational level (i.e., bachelor’s degree or higher, other post-secondary qualification, and no qualification).

Women in their late forties with a degree or higher qualification had the highest rate of no children (18%), while women without any post-school qualifications had the lowest (17%).(Source)

We also lean on stereotypes that don’t hold up under investigation yet retain their truthfulness. Susan Newman, author of The Case for the Only Child and a social psychologist, adds, “It’s really difficult to change them.” “Consider any ethnic group—stereotypes abound.

You may not even know who told you that only children are spoilt and lonely, but even after hearing the facts that they aren’t, you still believe what you thought, and your ideas get even stronger the more they are challenged.”

Advantages of having one child

Parents who have only one child benefit from “reduced stress and strain; ability to pursue your own interests; spontaneity, [and] a bond that develops between parent and child,” according to a study.

Most Importantly, An only child has the finest of everything, both material and non-material. A lone child receives his or her parents’ full attention.

An only kid develops a strong bond with his or her parents and enjoys close contact with them.An only child has the finest of everything, both material and non-material. A lone child receives his or her parents’ full attention.

An only child is more self-sufficient.

So what do we get wrong about only children, then?

At school  my daughter was showing off her new shoes, and another mother said to me, ‘Well you can afford to buy your kid the world when you only have one’.”

A Professor at the University of Texas, who has spent more than three decades investigating single-parent families, is unsurprised by such resentment.

She’s preparing to start a study to investigate if people who have “suffered through the experience of bringing up multiple children” think adversely of women who have only one child.

However, being an only kid isn’t without its drawbacks. Rather than resolving sibling conflicts, parents must assist their lone child in avoiding boredom and self-absorption.

I’ve come up with a response after being asked the only-child question far too many times. “Perfection was where we came to a halt,” I explain. And that’s the end of it.

Only one child parents, allow yourself to be free of guilt,  They’re not more prone to be spoilt or lonely as children.

“Is she the only one you have?” That question is asked of me by everyone from supermarket cashiers to my parents’ friends. When I say yes, I often get a pitying look or, worse, the question, “Aren’t you concerned she’ll be lonely?”

I had always meant to have two children, but our plans changed when my daughter proved to be more problematic than my husband and I had anticipated.

My spouse has accepted our decision, but I’ve been losing sleep wondering that my daughter will grow up privileged or lonely.

When my husband and I get older, I’m afraid he’ll have to take on more of the caring responsibilities.