This post contains affiliate links, which means we’ll receive a commission if you purchase through our links, at no extra cost to you. Read the Disclosure here. 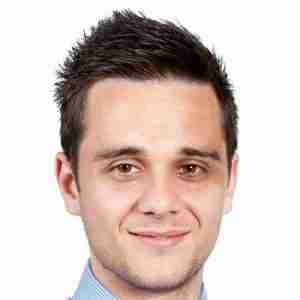 Automobile salespeople can be among the most aggressive salespeople on the planet, employing strategies that the majority of people are unfamiliar with in order to get you to sign on the dotted line.

Even competent salespeople employ some of these techniques in an attempt to sell you your next car, but the good news is that if you are familiar with them in advance, you are more likely to outwit the salesperson.

To accomplish this, you must be aware of the strategies they employ, and listed below are a few of them that you may familiarise yourself with before visiting the dealership.

The majority of people are familiar with the bait-and-switch strategy.

The salesperson informs you that the vehicle you’re looking for is available, but when you get at the dealership, you’re informed that it has been sold but that they have something similar – but at a higher price.

You may believe it is impossible to avoid this circumstance, but it is much more manageable than you believe.

This is especially true in today’s Internet-based environment. Why? Because you can check a dealer’s inventory everyday and email them to enquire about an item you’re interested in. If it’s available, you can zoom in and have a look.

Does this mean that you will not suffer as a result of this sales technique?

Not necessarily, but it is far less likely if you are vigilant prior to visiting the dealership and are aware that this is a method they may employ against you. 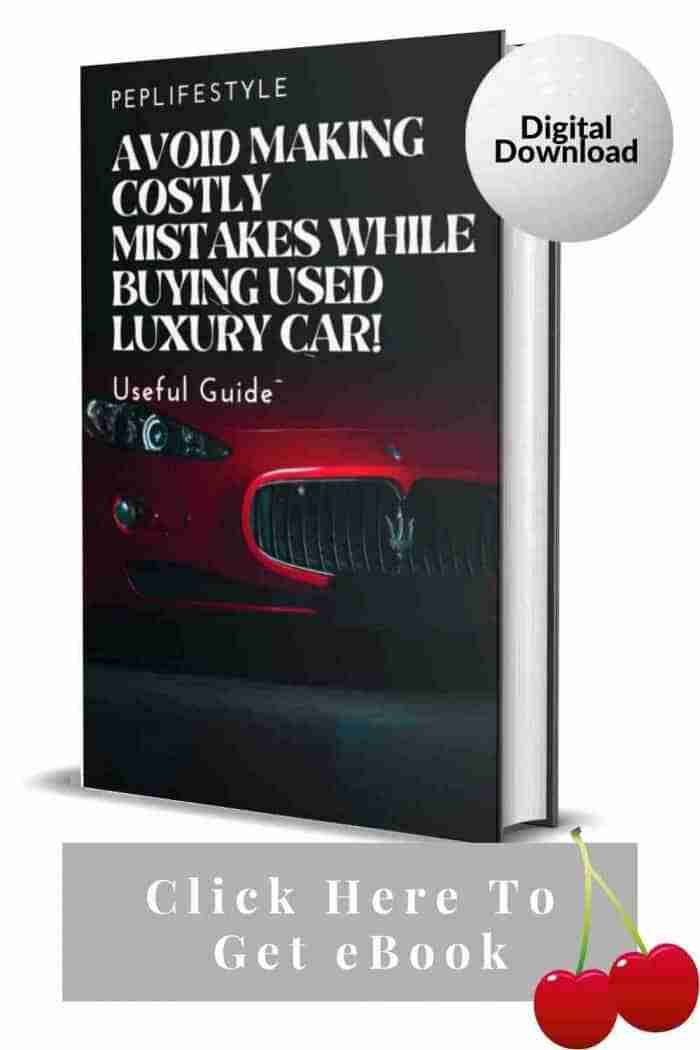 Monthly Payments Are More Important Than the Vehicle’s Purchase Price

Occasionally, a salesperson will begin the conversation by inquiring about your existing monthly automobile payment.

This is appealing to many automobile buyers since they are more concerned with the monthly payment than with the car’s price.

This is always to the salesperson’s advantage, as there are numerous methods for that individual to reduce your monthly payment while still charging you more for the vehicle.

To avoid this, always discuss the vehicle’s price with the salesperson, not the monthly payment.

Bear in mind that you can reduce the monthly payment if you choose by extending the loan’s term or increasing your down payment.

Also read : Why Is Insurance Less Expensive on Newer Cars?

Bringing the Clock to a Standstill

This strategy is straightforward: the salesperson keeps you on the vehicle lot until you become exhausted or hungry, at which point you are more likely to agree to a bargain that is not in your best interest.

The longer you stay, the more back and forth the salesperson might have with you over the pricing or even the automobile you agree to purchase.

The simple approach to avoid this is to inform the salesperson of your plans for the day as soon as you arrive.

For instance, inform him or her that you’re coming in solely for a test drive and will concern yourself with the stats the following day.

Are you looking to purchase a used vehicle? THESE ARE IMPORTANT RESOURCES! If the salesman begins negotiating a price for you with a manager, instruct him or her to just email or text you the facts when they’re ready.

This is a straightforward procedure. The salesperson informs you that if you do not purchase the vehicle that day, you will miss out on a terrific price during a subsequent sale.

They may even inform you that if you do not purchase it that day, another customer may come in and purchase it after you leave. While the latter is always a possibility, it is a remote potential, and hence you are not required to be terrified by these techniques.

In summary, the salesperson is attempting to pressurise you into purchasing the automobile that day, most likely to achieve a sales target or to return home with a sale.Your response to this tactic is straightforward – you must be prepared to walk away to demonstrate to the salesperson that you are in control.

While this may not work out in your favour in the end, it is still your best chance of obtaining a good offer.

Also Read: Top 10 Smart Ways to Finance a Car that can save you tons of money

Have you ever had an experience with a “pushy” vehicle salesman and said something to him that immediately stopped him? What did that mean?

The previous year, I went to a used automobile lot in order to purchase my very first vehicle. We tried out a number of vehicles before deciding on one…

However, I questioned the dealer, asking, “Was it involved in an accident?” He answered, “no.” I said, “oh? Then why is this panel of the rear air bag not deployed?

These are the only ones that will come down once the bags have been launched.” When he finally breaks his staring spell and looks at me, I tell him that I instal airbags for Chrysler.

After that, he went back inside and assigned another person to talk to me while he went to look at the automobile report.

I was correct. I was still able to keep the car, they paid to have the panel and the airbag replaced at the actual dealership, and they knocked a thousand dollars off the price of the vehicle.

Although fewer salespeople employ this technique, if you’re not vigilant, they can fool you.

They essentially follow you around the dealership and remain in your face, banking on the fact that the majority of people are too polite to tell them to leave.

If a salesperson refuses to leave you alone or acts professionally, the best course of action is to leave and visit another dealership.

The reality is that there are numerous auto dealerships with knowledgeable, professional salesmen who are there to assist you in purchasing the vehicle that is best for you – not to harass you until you agree to purchase a vehicle from them.

Also Raed: Should My First Car Be New Or Used

The "If" or "Porcupine" Technique

The salesperson “sticks” the buyer with a series of “if” questions in order to get you to say yes.

These questions include “would you buy this automobile today if I could get you into the red car?” and “what would it take to get you into this car today?”

This is a high-pressure approach in which you are not required to succumb. Inform the salesperson that you are shopping about and negotiating with a few dealerships, and tell them “no” when they ask whether you intend to purchase that day.

Of course, if you fall in love with a vehicle and the price is right, you are free to purchase it if you so desire.

What kind of things should you avoid saying while you’re in a car dealership?

What kinds of things should you avoid saying while you’re in a car dealership?
Once, I went shopping for a car with my spouse. It was a very stupid thing to do.

She spotted the automobile she wanted, the exact car she wanted down to the colour of the upholstery, the options she wanted, and everything else.

She was pleading with me to buy the automobile while she had her arms around me when the salesman for the car came over.

My ability to negotiate had been removed entirely, and it looked as though I would have to pay a premium price for that automobile on that particular day. I literally had to drag her to our car so that we could have a peaceful journey back home.

The moral of the story is that you should never let the car salesman know that you desire the automobile, and you should always be prepared to walk away from the deal if you aren’t satisfied with the terms.

Don’t say anything pleasant about the car; instead, criticise the things that are wrong with it (scratches, dings, wear).

If you mention $300, that might be a car that costs $5,000 or one that costs $12,000. I never, ever share the details of my financial plan with them. Even before I know how much money I’m going to have to spend, I’ll start looking at vehicles that are priced far lower.

No of how badly you desire the car, you should always be prepared to walk away from the deal.

There have been times when dealers have called me days later and virtually begged me to purchase the vehicle at a lower price. What does it matter if you don’t obtain that car? There are always more available to purchase.

What are some of the techniques used by vehicle salesmen that you need to watch out for?

” Our Dealership can Pay off your Old Loan”

I used to work in the auto financing industry. When I worked in auto financing, I frequently dealt with folks who were “upside down” in their credit.

The majority of people got to this point by trading in automobile after car before the previous one was paid off.

We contributed some additional funds towards the registration fees and taxes, but this estimation was grossly off.

Many was the Saturday they called for approval. In cases when the statistics did not add up, I would request that they bring on their salesman. It went like this:

They have been given permission for X up to 120% of the amount. We use Black Book. Got it?”

Then they would know my recommendations (there is no secret anyhow, it is simply which value approach), and they could go to their sales manager and do what they needed to do.

The newest models were even worse! It was 2008, and the auto industry was in shambles, particularly the iron industry in Detroit.

We would give away 120% of the sticker price, and the auto manufacturers were offering $5000 cash back on everything but the most in-demand products.

Therefore, we were making payments of $36,000 on a vehicle that had a beginning sticker price of, after rebates, $25,000. That is wide enough for a truck to pass through. And people did.

“We’ll put you in a NEW automobile and pay off your loan at the same time!”

In the meantime, you are clueless about what has transpired with you. If you are truly a mark, you will have to go through the process again in four years.

Vintage Car Vs Modern car- which should you Buy 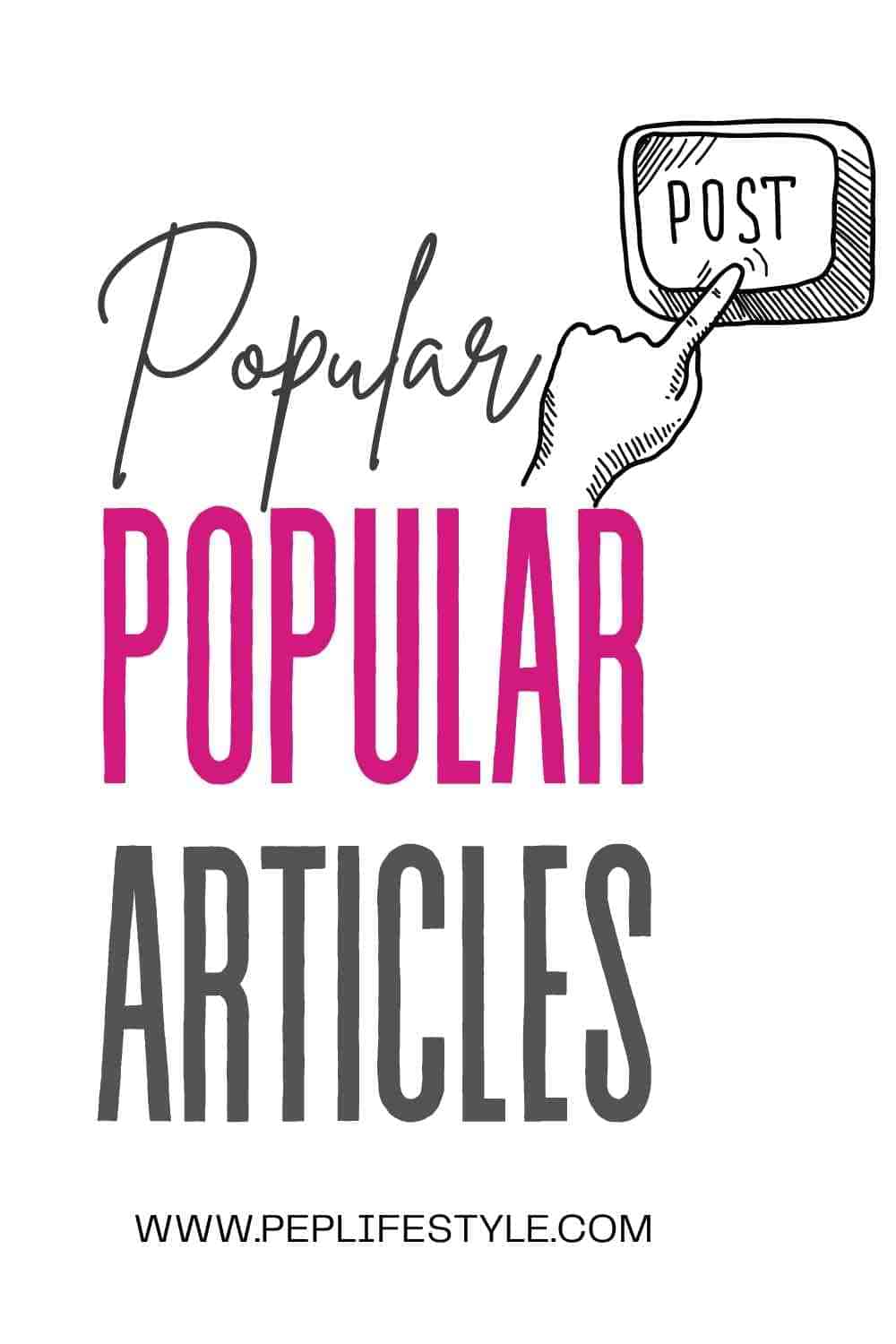 Audi Vs BMW – Finding the Right German Luxury Brand For You

Cashback Auto Loan Refinancing: What Is It and How Does It Work?

How to Lower Car Payments: 9 Ways to Save Money 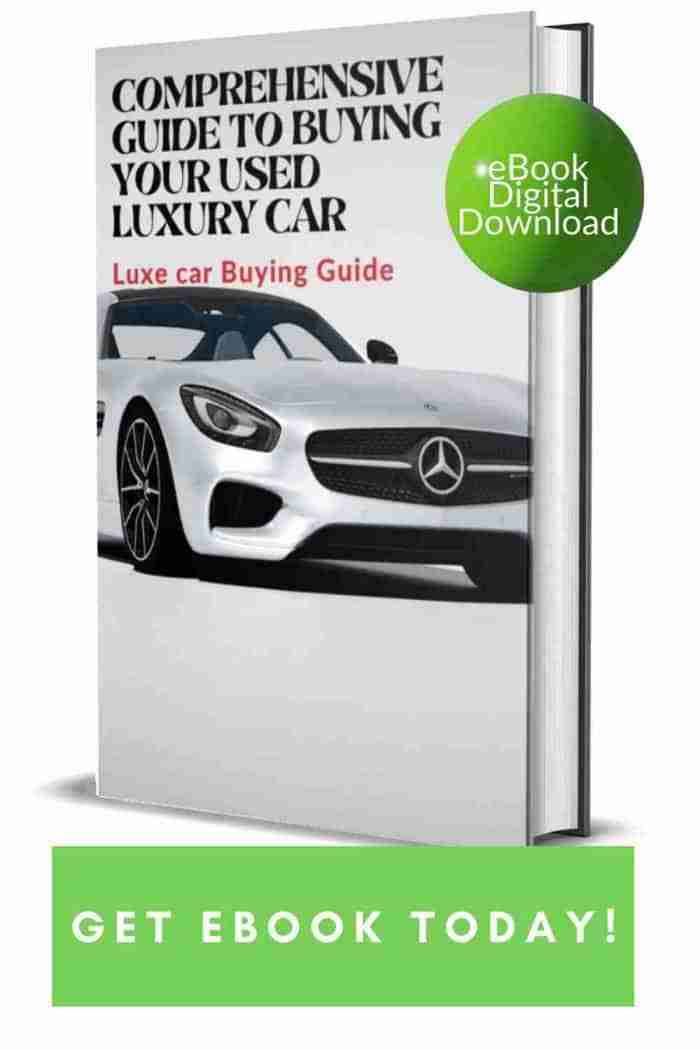 PepLifestyle: Elevating Moments We are Lifestyle Bloggers with a Love for Home decor, Luxe Cars , Travel and Real estate..We are Hobbyists and Fun Lovers. We are parents to Ash, Nora & Rover and We Live in Melbourne Australia. The Peplifestyle brand is all about bringing a touch of elegance to mundane aspects of life and making significant and insignificant events appear and feel more attractive. Best Div & Manny 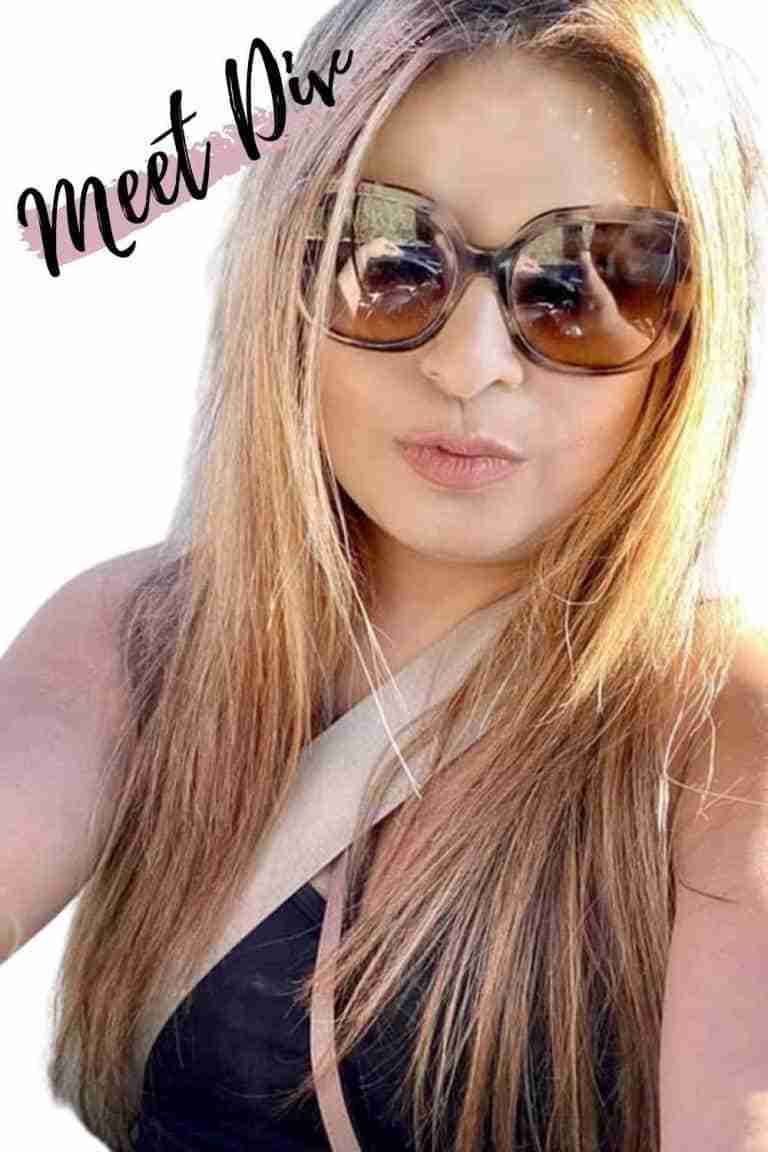 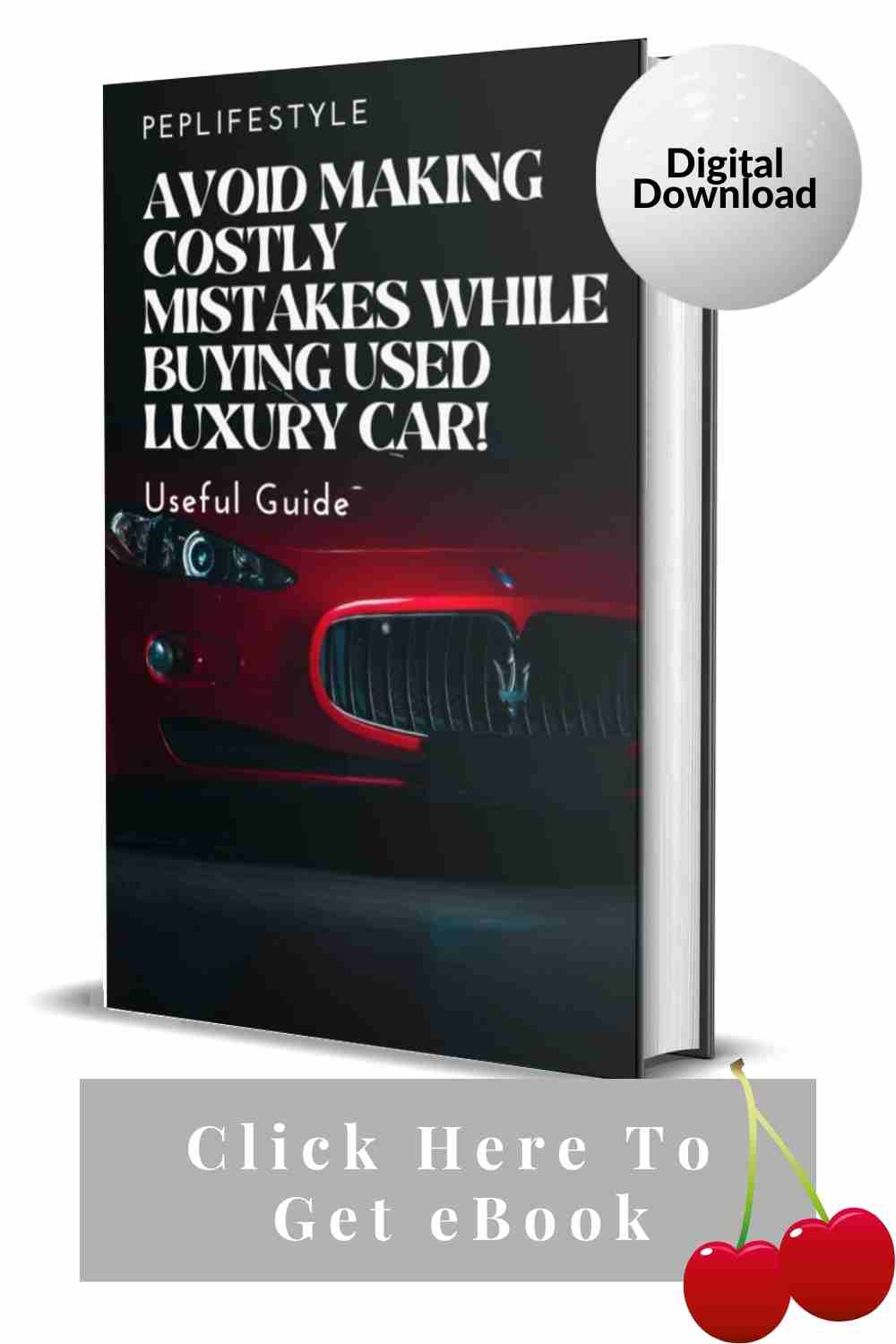