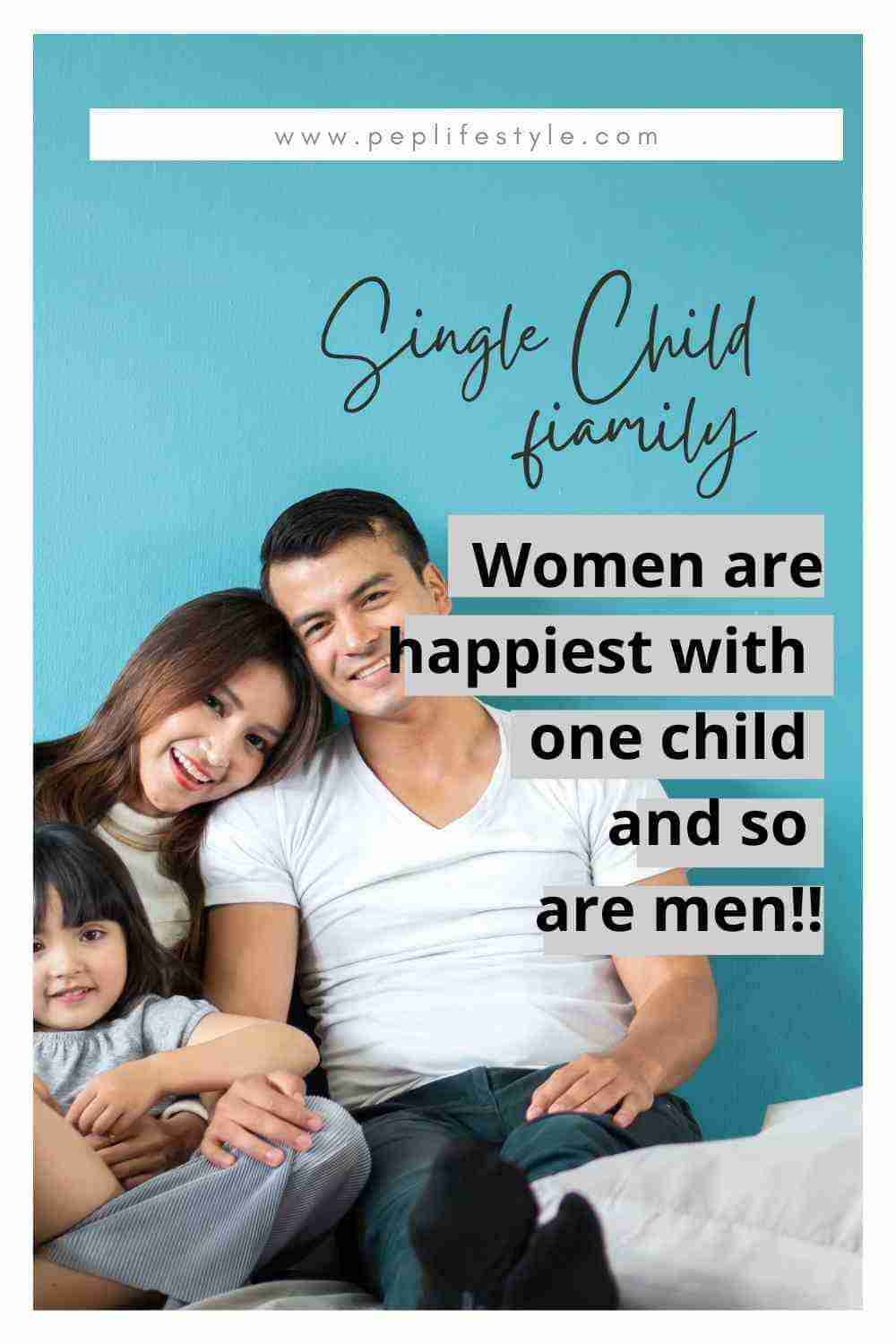 Women are happiest with one child and so are men!!

Women who have only one child appear to be the happiest. At the very least, having one child is preferable to having no children at all. However, it’s possible that “only” is the sweet spot.

One study looked at identical twins between the ages of 25 and 45. Researchers could disregard genetic explanations for having fewer children or being unhappy by comparing twins. They discovered that a woman’s first kid made her happier.

However, each successive child had a negative impact on her happiness.

Could it be that having an only kid allows us to appreciate the wonders of parenthood while minimising the hard work and stress?

Another study investigated how a woman’s personality influenced her satisfaction as her family grew. Is it true that “traditional” women are happier with two children than “modern” women? They don’t appear to do so.

These ladies, regardless of their personality types, were happiest when they had one child. All women’s well-being scores dropped after having a second child.

No matter what your expectations are, balancing the demands of several children is hard. Women, on the other hand, frequently assume greater parental obligations. Is it possible that having another child will make a man happier?

With their first kid, men, too, experience a rise in happiness. Fathers with one child reported feeling more fulfilled in life than fathers without children.

The second kid, on the other hand, merely added to the delight of “traditional” males. Men who were classed as “modern” did not receive any benefits.

With the birth of another child, do “modern” fathers take up more diapers and dishes? Or it’s possible that traditional males simply like parenthood more.

However, life is much more than just enjoyment.

The times we truly cherish are frequently challenging. Consider tackling a difficult problem, competing in a sporting event, or, perhaps, raising your first child. Stress can appear to give one’s life more significance at times. Is it possible for another youngster to do the same?

What are some of the best things about having an only child?

In some ways, parents of one kid have the best of both worlds: the joy and fulfilment of parenthood, as well as some of the flexibility and spontaneity of a child-free life.

This is how the stereotype of the egotistical parent is formed. For our children, we are expected to give up everything.

However, I believe that giving parents greater flexibility to have a satisfying love relationship, engaged adult friendships, and a life outside of the duelling worlds of work and home is a great thing.

What criteria do people use to critique your decision to just have one kid, and how do you respond?

People still feel that parents who have only children are conscripting their children into a life of loneliness and selfishness, and that if you don’t offer your child the gift of a sibling, everything will go wrong.

Strangers ask whether I have another child, and they are surprised when I tell them I don’t plan to have another child right now. I’ve previously offered statistics — such as how much each child costs and how onlies normally turn out just fine, thank you — but such comments are usually met with derision.

So I’ve been doing my best to smile sweetly and walk on. So far, I’ve resisted the urge to remark, “Well, there’s a new book you might like to read…”

What advice would you provide to someone who is debating whether or not to have more than one child?

Parents who have only one child benefit from “reduced stress and strain; ability to pursue your own interests; spontaneity, [and] a bond that develops between parent and child,” according to a study.

Most Importantly, An only child has the finest of everything, both material and non-material. A lone child receives his or her parents’ full attention.

As infants, these children receive personalised attention from their parentsHowever, this does not always imply that as an adult, you will spend more time with your parents.

Parents of the only child are much happier than parents with more than one child or no child at all.