You are here: Home / Luxury cars / Are convertibles easier to break into ?[ Facts you must know]

Are convertibles easier to break into ?

Let’s assume you have a Soft top Convertible Or planning to buy one. You are concerned about its safety.

Since soft top convertibles are easier to break into, they are more vulnerable to theft.

Modern automobile manufacturers seek to address the security concerns associated with owning a soft top convertible by installing high-tech security mechanisms such as the Mini Cooper Convertibles Engine immobiliser, which prevents it from being hot-wired.

Before you buy a convertible, especially a soft top convertible, think about where you will keep it and what security features are incorporated.

Also Read: Dos and Donts of owning a Convertible car that you will be glad you know them

How safe is a convertible car in terms of security from theft?

Any automobile may be stolen. period.

Many current automobiles are equipped with built-in theft deterrents; nonetheless, a fabric top will not prohibit a sharp knife from being used against it.

It goes without saying that any car’s windows can be broken.

Cars designed for the Usa  market , or the Canadian Or the Australian Market they must comply with the safety standard( as per the country), which specifies the very minimum standards for vehicle immobilisation.

Car theft in Canada  & USA was brought under control in 2007 when Transport Canada implemented this regulation.

The chance of a vehicle theft is determined by a number of different variables.


Yes! One of the most sought automobiles may be a showy convertible.

However, the worth of the automobile for resale in whole or in parts in the underground car trade is also a factor to consider.

If the thief is smart and wants your automobile, he or she will pick it up and tow it to a secure place where he or she will be able to take care of it himself or herself.

2) If the burglar is sophisticated, he or she will have a plethora of instruments at his or her disposal to steal your vehicle.

It is likely that you will never see your automobile again. If the thief is an opportunist joy rider, your car will most likely be discovered abandoned with no gas in it if he is successful.

Hopefully, it will not be harmed and will be retrievable when the time comes.

3) If the vehicle is recent, it is likely to be equipped with factory-installed level 1 immobilisation, which is intended to prevent the opportunist rather than the professional driver. It is possible to use RFID technology to operate these systems.

The RFID chip in your key is recognised by the system, and the rolling code is compared to the recorded code in your car’s ECM.

If the right key is not provided, this immobilisation is intended to disable a specific system in your vehicle. Typically, it will cause the starter or the fuel pump to fail to operate.

Even an inexperienced burglar may easily take an older automobile by hot wiring the ignition and being out of the car in less than 5 minutes.

The greatest thieves can do the task in less than a minute.

4) One of the most effective strategies to prevent theft is to not create an opportunity.

Unfortunately, some individuals in North America reside in areas that are very sought for stealing.

A shopping list in hand, organised theft rings roam the streets of unsuspecting areas hunting for automobiles that have a market someplace else in the globe for either the car or its components.

In a large number of cases, automobiles are taken straight from their owners’ driveways, indicating that the organised thief was monitoring the owner and waited for the appropriate opportunity to strike.

There are plenty such instances of opportunity.

Leaving the keys in the ignition in your driveway while paying at the gas station or walking to the corner store is not recommended.

On a really hot or particularly cold day (with the air conditioning on) or both, my favourite is to leave the vehicle running while I dash into the corner shop to pick up a quick purchase.

Does the thief have enough time to do the crime? This one is related to number 4 above and is self-explanatory.

An automobile heist is the subject of the film “Gone in 60 seconds.” A professional simply requires 60 seconds to do the task.

Depending on the kind of car, less skilled thieves will need more time. Always park your car in an area where you won’t have the chance or time to get to it.

How easy it is to Break Open soft top Convertible

Metal roof convertible – no problem . Canvas or whatever a craft knife is all it takes .

Depends on your neighbourhood , would you buy a soft top Bentley if you weren’t able to live in a gated community ?

A fully alarmed and tracked vehicle with a soft top may mean that you might escape with only losing any contents and and the price of a new roof !

I wouldn’t leave a soft top in any city area in Europe or the Americas overnight and expect to return to it as it was left ?

How sad is that but without doubt – Realistic

What prevents a car thief from stealing a convertible when it’s parked with its top down?

Well a lot of things really,Majorly

Like where its parked,Its easy to steal a car thats parked in a secluded corner than it is to steal one parked in say a secure mall parking lot

How Old is the car

The type of car,Its harder to steal newer vehicles because you simply cannot just cut some wires and hot wire them they tend to be more complex

They are as difficult to steal because of lack of FOB and alarm system that disables the ignition.

In addition my convertible has a motion sensor inside the vehicle that will set off the alarm if someone even reaches into the vehicle.

That and alarm are set automatically whenever the car is locked.

Do those make it impossible to steal? Of course not. However they are not any easier to steal just because they are convertibles with the top down.

Also Read: Can convertible car be your family car ?[Check out some Child friendly Convertibles]

Do convertible cars get robbed a lot?

Any  new( Post 2000) convertible cars  worth it’s value will have locking interior compartments along with a very robust anti-theft system.

This stops someone from just reaching in and going through the center console-etc.

Of course, they could still do a lot of damage inside the car, as it’s presumably pretty easy to overcome these lots.

Here’s my rule of thumb with leaving the top down.

If I’m going into a coffee shop Or drop off my daughter to the school  and can see my car at all times from where I’m parked, it’s ok.

In any other circumstance, just put the darn roof back up. It doesn’t take that much time.

Unless you own a Lamborghini Murciélago!!

What are the pros and cons of buying a convertible?

Taking the convertible out on sunny days is something you look forwards to in places with bad weather.

The “first sunny day of the year.” You can tell when this happens because everyone takes their cars to the car wash at the same time.

If it’s hot outside, you put the top down and turn the heat up to the max.

All of your senses are in the sun, and you can feel the brisk breeze on top of your windshield.

There is heat on the floor, so your legs and body stay a little warm.

You don’t get cold. Most people should drive this day with the windows up.

This is the best way to do it (but top down).
Clear evenings in summer.

Put the top down and drive to the city. Cruise around and stop at traffic lights and circles to look up. Do this a lot.

You can really enjoy the lights and tall buildings in a lively downtown area.

Look up for a few seconds at the traffic light, then lean back and look around for a few more seconds, In the dark, you can see the tall buildings and architecture against a clear night sky.
Any night of the week at the drive-in theatre.

If you live near one of these old-fashioned drive-in movie complexes, going in a convertible is a much better and more fun way to see the movies.

You can see everything if you take the top off. It’s as if the movie is the whole sky at night. In order to get closer to the rear speakers, lean back in your chair.

They are usually bigger and put out more bass, so this is a good thing to do.

When it’s fall. If you live in an area where fall lasts a long time, fall is the best time to own a convertible.

There is something magical about fall nights when the leaves are rustling and the smell is in the air.

Trips to the IKea are made.

Convertibles are great because when you put the top down, there is no roof and thus no ceiling to limit how much you can carry.

If you drive a hardtop car or a hatchback, it can be hard to fit long boards of wood (8–12ft) and big landscape pieces (like trees that are 3–5 years old).

Most of the time, you can’t fit this stuff in a hatch without it sticking out the back. In order to get home, you’ll have to drive for a long time with the liftgate open (or rent the home depot truck).

Put the top down and tilt the passenger seat back 45 degrees (halfway). Then put a moving blanket over the seat.

The footwell will be bigger if you slide the seat all the way back.

So open the door wide and load your boards, putting them on the seat and the ends in the footwell. Then you can drive off. It should be strapped in.

You might also want to strap it and flag it. But now, you can drive home with a 12ft long piece of wood. Do the same thing with trees.

Put the burlap root ball in the footwall (put a trash bag under it to keep the floor clean) and tilt the seat back 45 degrees.

This way, the floor will stay clean. Now you and your new tree friend can both feel the wind on the way home. 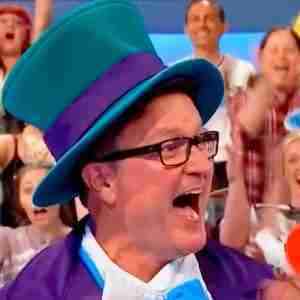 My passion is cars...Everything about cars....

Next to cars I love eating and Running... 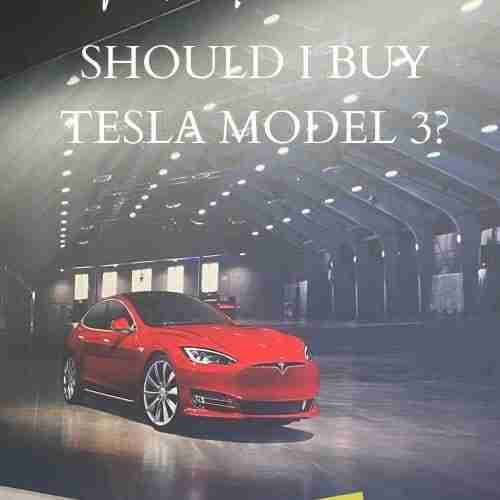 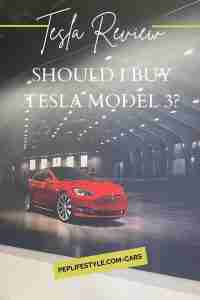